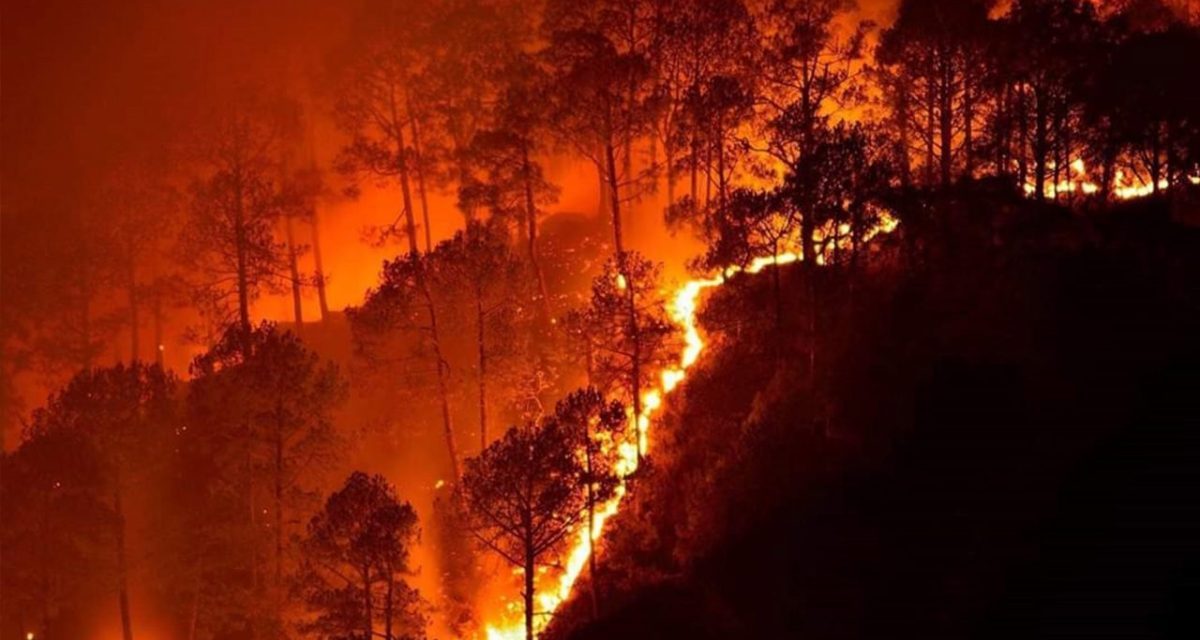 The fact of the matter is that fires are a natural part of California’s ecosystem, and they have been for centuries. The fire-adapted chaparral shrublands and conifer forests that dominate the Golden State’s natural landscape need annual “fire seasons” for seed dispersal and reproduction.

Annual fires also have a whole host of other benefits that include better soil-water retention, a reduction of brushy, weed-like vegetation and management of the overpopulation of destructive species, like the pine bark beetle. In fact, many chaparral plants native to California, like the chamise have highly flammable oils and resins that encourage the spread of fire. Ecologists have even described California’s natural cycle of fiery destruction and renewal a “dynamic equilibrium.” 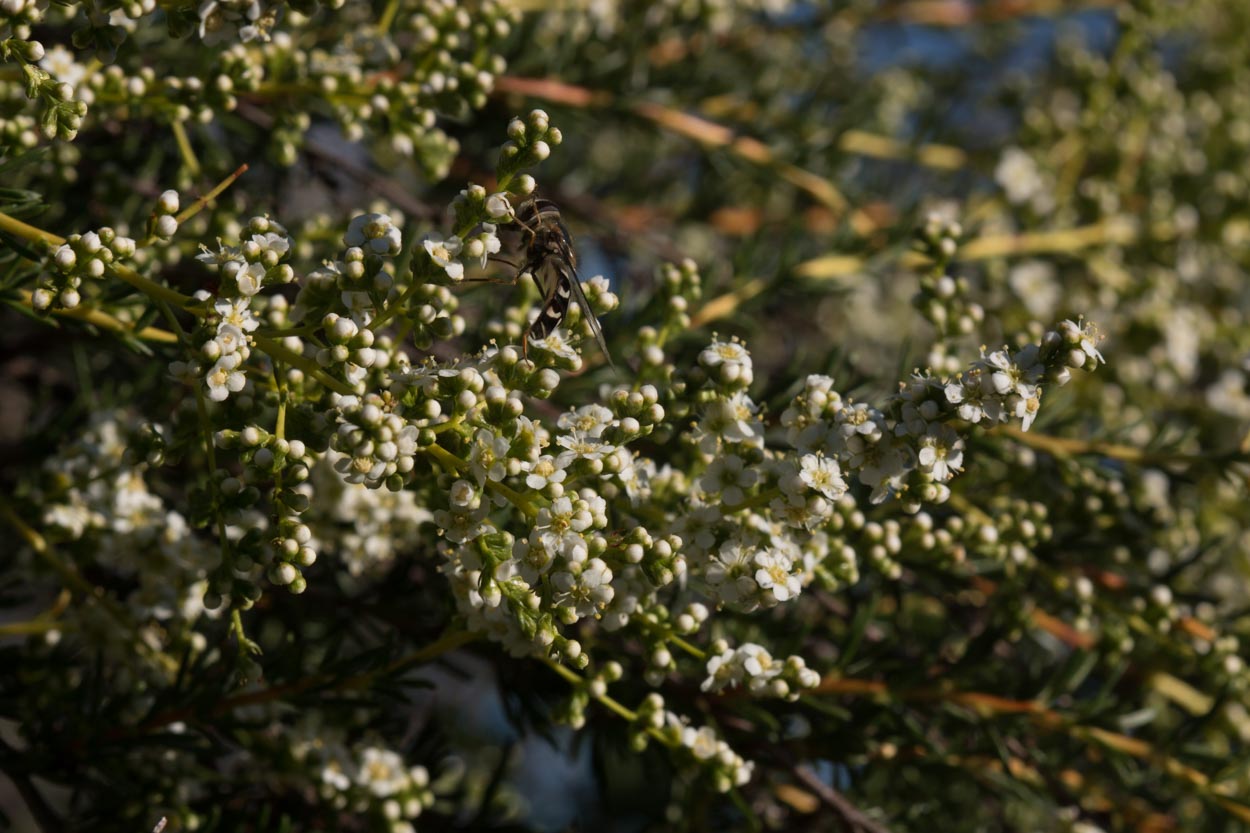 The chamise are among the most flammable shrubs in California. Given ideal weather conditions, chamise can resprout as soon as a day after a fire. COURTESY OF SANTA MONICA MOUNTAINS TRAILS COUNCIL.

However, experts have found it hard to describe this year’s fire season as natural by any standard. For one, fire season is supposed to peak late September and early October – right about now. But the Bobcat Fire, which started Sept. 6, has already burned 100,000 acres and is one of the largest fires in the County of Los Angeles’ history. As of Thursday, it is still only 50% contained. This is not to mention the 38 separate fires – together called the August Complex Fire – burning since mid-August in Northern California. The Doe Fire, which is the main August Complex Fire, surpassed the 2018 Mendocino Fire to become the single largest fire ever recorded in California. All of this before fire season was even supposed to begin. 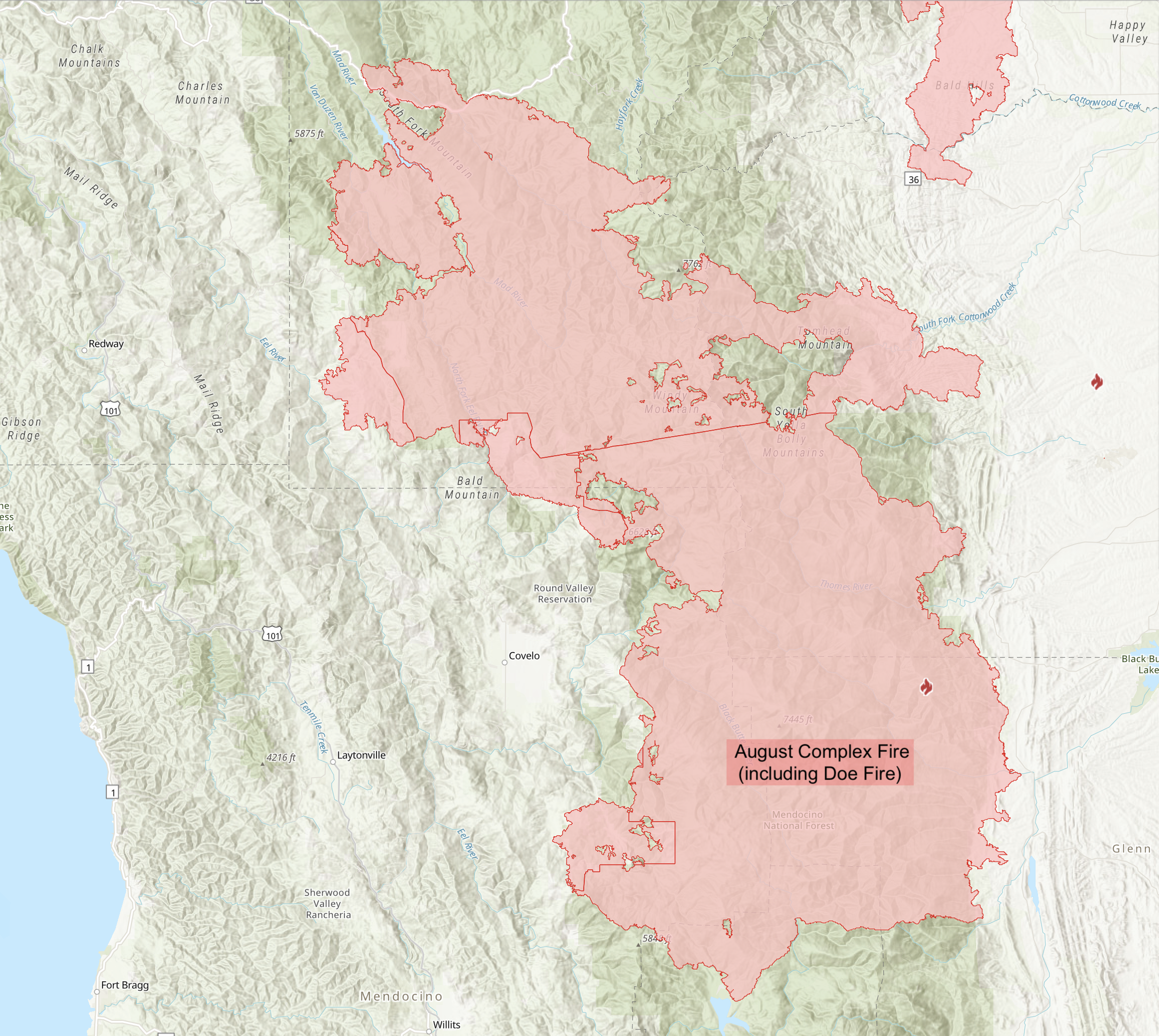 The August Complex Fire depicted above is the largest recorded fire in California’s history. COURTESY OF THE US FOREST SERVICE.

So what’s causing this unusually destructive fire season? It’s a combination of multiple factors. The first is climate change. Though it’s hard to exactly quantify the effect climate change has on the fires, we know that stronger winds, higher temperatures, more lightening storms and longer droughts – all predicted effects of climate change – make California extremely susceptible to uncontrollable wild fires.

“I am not going to say that the forest management practices in California over the last 100 years have been ideal,” said California Gov. Gavin Newsom. “We have to do more in terms of prescribed burns. … We do recognize that.” 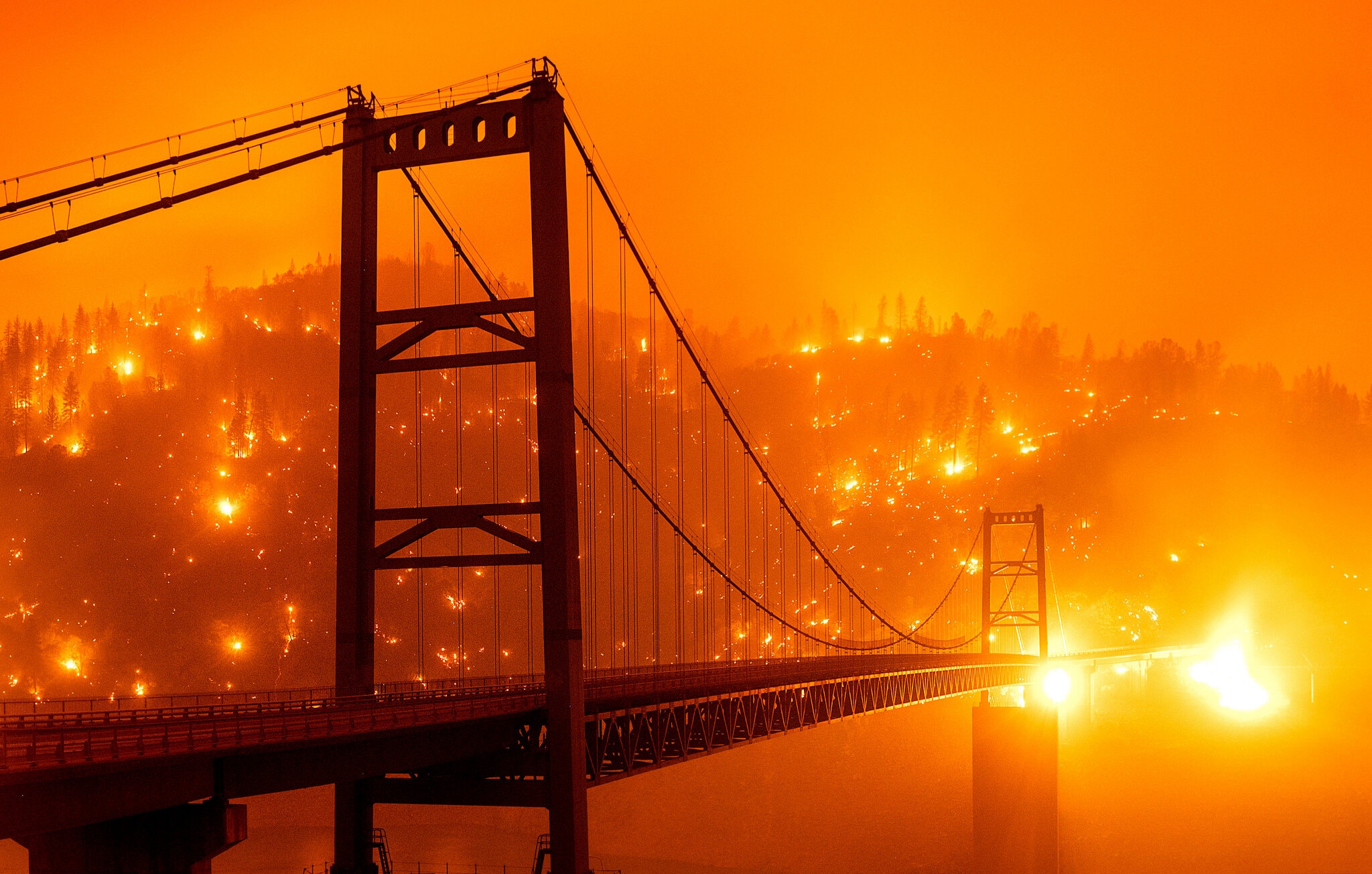 The Bear Fire captured near the Bidwell Bar Bridge in Oroville, California. COURTESY OF NOAH BURGER VIA AP.

And climate change is not the only cause of the state’s hellscapes. As cities sprawled further into the natural landscape, fire suppression became an increasingly pressing concern. But because fires are a natural part of the chaparral ecosystem, a lack of fires due to fire suppression has led to a dangerous accumulation of dead material that would otherwise have been fuel for small, regular fires, rather than a large, immensely destructive fire.

These two factors – climate change and mismanaged fire suppression – feed off each other to create truly unhealthy forests that have the potential to be extremely destructive. So when a couple that doesn’t know any better decides to have a gender reveal party with sparklers, we end up with more than the anticipated spectacle.

For an interactive map on the fires, check out: https://www.fire.ca.gov/incidents/ 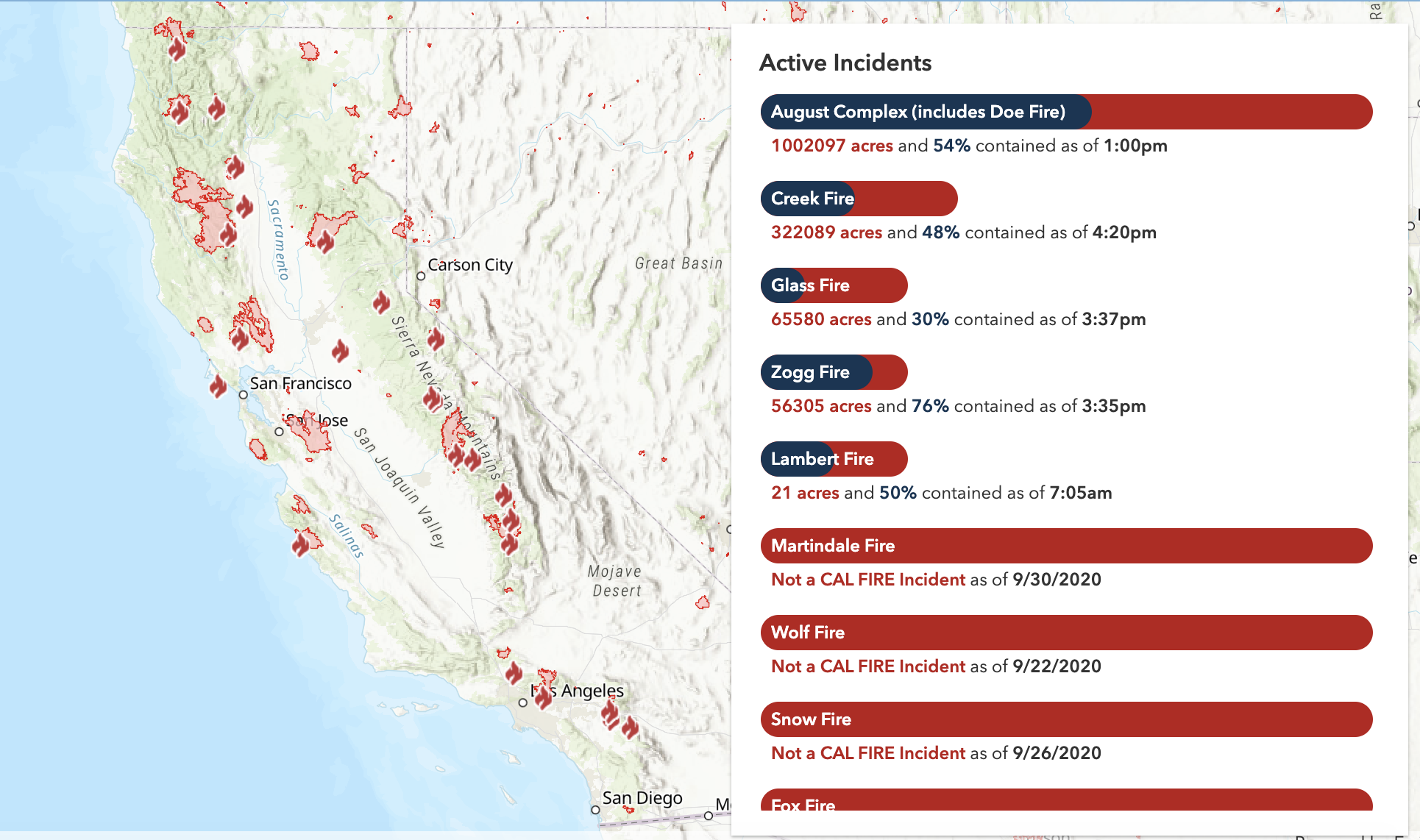 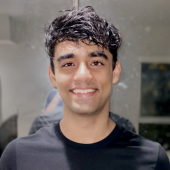 Anush Arvind graduated with a B.A. in Philosophy from UCLA and has extensive experience as a journalist, most recently at the Daily Bruin. He hopes to attend law school soon, but, in the meanwhile, is content with playing historical grand strategy games on his (beautiful) PC, staring at Netflix’s titles page and generally living Kafka’s “Metamorphosis.” 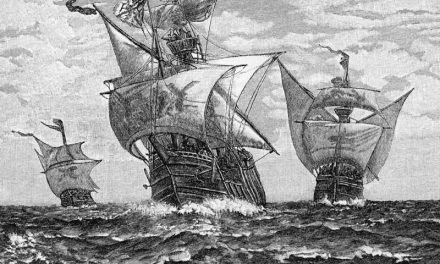 Columbus Day May be a Thing of the Past 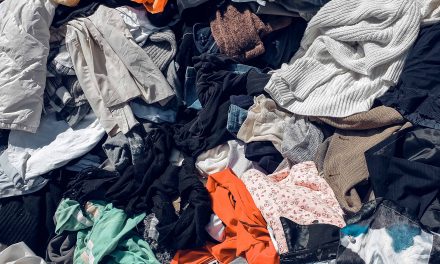 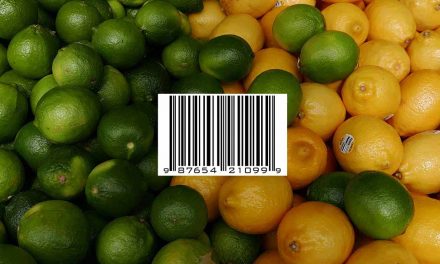 The Stickers on your Produce are Unsustainable and Need to Go